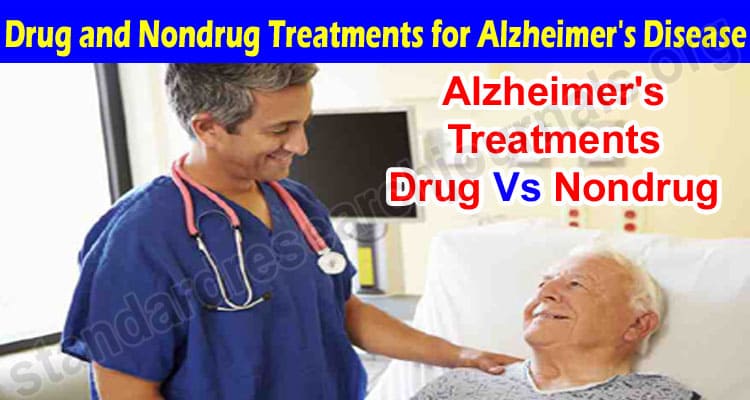 Medical Technologies and allied health sciences are two major branches of health and medicine. Both these branches and disciplines need to work side by side to cure patients with chronic illnesses such as those that have a severe impact on the body.

Some of these disorders are age-related such as Alzheimer’s and Dementia, and therefore, cannot be cured completely using medical technologies. A nondrug approach using various methods such as therapy and counseling is a large part of Alzheimer’s treatment today.

It is, in fact, established by most researchers that nondrug treatment methods are more effective in treating age-related disorders than medical interventions. Nondrug treatments are more oriented toward daily and practical life. They are structured around the patient’s specific needs and focus more on the repetition of information that eventually gets through to the brain.

What is Alzheimer’s Disorder?

Alzheimer’s is an age-related mental disorder that affects some parts of the brain, mainly due to age-related cell degeneration. The neurotransmitters and the part of the brain that has long and short-term memory are affected during the course of time, and slowly the person may start losing identity and personal information.

Alzheimer’s disorder mainly affects men and women who are well into their age, but the process of degeneration of the brain may start as early as in the 50s or 60s of a patient. By the time the disorder has completely taken over, the person may well be into their 70s. This age and time span can be different for different patients. It is also common for men to be affected more than women.

The disorder can creep up on patients well in advance with small symptoms here and there that are often mistaken for age and random forgetfulness. The person may forget where they put their keys, their names, their age or their homes.

But these symptoms are to be noted; the sooner the disorder is diagnosed, the easier it is to manage. Today, there are both drug and nondrug methodologies present for Alzheimer’s treatment as described below:

There are many new medicines that have come up in the past decade that help in the chemical breakdown of proteins in the brain and inhibit certain chemical growth in the brain that causes dementia in patients. These medications are prescribed after a psychiatrist or specialist analyzes the patient.

The most effective Alzheimer’s treatment is a nondrug approach developed by therapists, counselors and psychologists. This includes methods like cognitive behavioral therapy, group therapy and one on one counseling, all of which focus on reiterating certain things that are important for the patient, such as their name, address and their day to day activities. Physical activities that engage their bodies and mind are also highly effective in controlling and managing Alzheimer’s.